An open letter to advertisers

I'm Gen X.  I'm not a cute little millenial or a Gen Z or a Gen Y or any other young thing.  I'm a 44 year old woman who works hard for her money.  Yet everywhere I look, advertisers (and television producers because of the advertisers) are pandering to the young 'uns.  Sure, that last statement makes me sound like I should sign up for my AARP card, but I'm tired of being overlooked when it comes to advertising and television programming.

I grew up with scripted television and a few game shows.  I'm not a fan of reality television. Yes, I've seen an episode of The Apprentice and even watched a Toddlers and Tiaras, but most of the reality programming is like something straight out of a tabloid.  Even Deadliest Catch which started out as a gritty show now has ridiculous drama.  Apparently, that's what the "kids" today want to watch and that's where the advertisers spend their money.  I watched CBS ruin "Vegas" because it didn't fit their target demo.

What about those of us that don't fit into some age bracket that you deem important?  Do you think we don't buy cars, or clothes, or furniture or take trips?  We do.  As a group, Gen X, the Boomers and the Greatest Generation have more disposable income than those whippersnappers.  We've bought our first home and usually our second or third.  We've paid off student loans.  A lot of us are empty nesters.  Why don't you acknowledge us with something other than erectile dysfunction medication and laxative commercials?

Something to think about as you compile your Google analytics and web click data.

A letter to Charlie Sheen

Oh how I've enjoyed you over the years, from movies such as "Major League" to the incredibly funny sitcom "Two and a Half Men." You have made me smile and laugh. I even jumped into the fray and started following you on Twitter. It was fun...for a minute.

What happened to you? Did the drugs overtake you, or did your ego tell you that you were capable of handling all drugs? Now, the more I read, it seems to me that you need help. I never knew that you shot Kelly Preston (yes, I know...an accident). We won't even talk about the knife you allegedly held to Brooke's throat. Fine, we'll leave the personal problems alone.

But let me explain how the rest of the world works: you don't bite the hand that feeds you. What does this mean? This means that interviews, without the consent or knowledge of your attorneys or publicist, are never a good idea, even if they are from Sober Valley Lodge. You don't rant and bitch about your bosses, no matter how crappy they are. We've all had crappy bosses, man, but you have to just go bitch in private, not public. You don't wield machetes from a roof in Hollywood when you don't get your way.

But the last straw for me? When you publicly lashed out at Jon Cryer. Jon has respectfully kept his mouth closed (a lesson you'd do well to learn, albeit a little late). Did it occur to you that he has his own family to provide for, that maybe he needs to put HIS interests ahead of yours? Just because he doesn't publicly support your latest temper tantrum or rant, it doesn't mean he doesn't support you. It just means that he has wisely chosen to keep his mouth shut.

It was a good run. Thanks for the laughs, but I'm done following you on Twitter and reading about your antics. Good luck, Charlie. I sincerely hope you get the help you need.
Posted by Susan at 7:20 AM 2 comments:

The Class of 1987 had its dreams (apologies to the Statler Brothers). I don't recall thinking there would be any tough spots on the road ahead. After all, everything had been great up to that point! No one plans for the bad stuff; it just happens.

But then I get a dose of reality and know that we are truly adults. We're spouses, partners, parents, friends, grandparents. We have grown-up jobs and responsibilities. We care for sick children and parents. We've lost classmates and parents and grandparents. And tonight, we have a widow in our class. It just seems so strange; we're so young to face the big issues...in my mind.
Posted by Susan at 10:47 PM 1 comment:

Have we lost all common courtesy in this country? Is it now acceptable to say or do whatever comes to mind and assume there will be no recourse? Actions have consequences but for celebrities and politicians, apparently not.
Posted by Susan at 7:44 PM 1 comment: 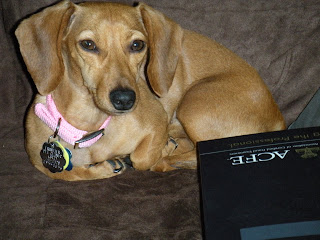 When you adopt a dog from a shelter, you just never know what you'll get. When we adopted Gigi in June, HSNT told us that her owners were not able to take her to their new home. After spending some time with her, we think she might have lived with an older person, because she is calm and patient and loves to sit near or on us.

With each passing week, we learn a little more about her. Certain words or phrases elicit reactions from her that make us think it's a carryover from her last family. For example, one Sunday morning I walked into the kitchen and said I was going to make pancakes. Gigi ran into the kitchen as fast as she could and sat in front of the stove with her tail wagging. She knew all about the pancakes.

Last night, my husband shared another trait with me. Most afternoons, he listens to music on his computer. About a month ago, he noticed that she reacted to certain instrumental music. She sits on his lap and turns her head to the music and wags her tail. We think that her last family must have shared their love of music with her. Her reaction was so sweet - it truly brought tears to my eyes.

I wonder if she knows how much happiness she brought to our family.
Posted by Susan at 9:13 PM 1 comment: 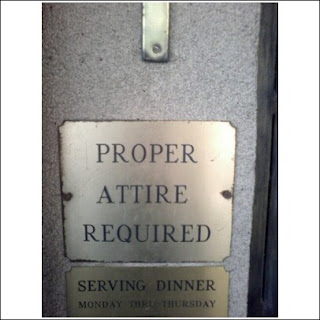 Last night, my husband and I went to a local restaurant for dinner. It wasn't quite Morton's, but it wasn't Chili's. The proprietors posted a sign at the front door requiring proper attire. I presumed that most people who would patronize such a restaurant (where dinner for 2 exceeds $100) would honor such a sign. I was WRONG!

I was so surprised by the number of men wearing camo shorts, t-shirts, flip-flops, and ball caps. These weren't just teenagers in such clothing, but adults. One guy was at least 50 - he was wearing a t-shirt that belonged on a college kid, a belt that should have been on a teenager at a skate park, and a hat that didn't belong indoors. It's as if we've all forgotten that we should occasionally break out the long, grown-up pants and shoes with toes before going out.

Don't get me wrong - it wasn't just the men that were dressed inappropriately, but the women, too. Blue jeans, tank tops, and flip-flops, too. This would have been great if we were at the local pub, but we weren't.

Call me old fashioned, but I long for the day when people dressed for the location, the occasion, and their age.
Posted by Susan at 6:23 PM 1 comment:

Jon and the Gold Digger Minus Kate and Eight

Okay, I've tried to stay out of the fray with Jon and Kate. I used to watch the show. Who wouldn't watch a show about twin girls and their six siblings? In the beginning, it was entertaining and made me thankful for my own quiet home. I watched as people and companies gifted Jon and Kate with much needed family vacations and toys - things they probably couldn't do on their own.

I also watched as Kate became increasingly tougher on Jon. I started feeling like she was picking on him, emasculating him on national television. Well, friends, I believe that pendulum is starting to swing the other way. What we, the viewing public, may not have seen was that Jon was the 9th child in that house. Although he (apparently) willingly married young and immediately fathered eight kids, he seemed immature and his latest antics just confirm it.

I'm not a lawyer, nor do I play one on tv, but I would think any lawyer worth his weight in salt would advise his client going through a very public divorce to keep the new gold-digging child girlfriend out of the limelight. The attorney might even suggest that his client maintain a low profile himself. But Jon? Jon's attorney must not be saying much because in recent months, Jon has pierced his ears (nice), held court with the Paparazzi in his driveway, said he was "excited" about this next chapter in his life (as a single man), and flaunted his 22 year old girlfriend all over St. Tropez.

And the girlfriend? She is the daughter of a surgeon who, as a favor to his wife, performed a tummy tuck on Kate. Mrs. Glassman was such a fan of the show she invited Kate to recuperate for a week at her home. Now the young daughter is playing with the older, married (yes, honey, he's still married) Jon in front of every tabloid camera in the world. Let's not forget she's now sporting some super-tacky skull diamond ring. I'm sure she wouldn't be so interested in him if there wasn't some money in his pocket.

Hey, Jon....you have eight kids at home. You don't need this one- she'll cost you more than the other eight combined.
Posted by Susan at 9:00 PM 1 comment: 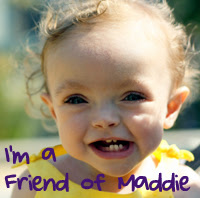 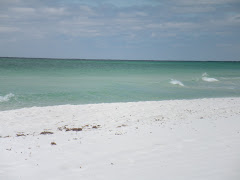